When they say "somewhere" in A4, they really mean somewhere! To change things up a bit, Epic decided to make this Fortbyte show up at a random spot for each lobby. Happily, they used grid square A4, which is on a coastline. This cuts down on the amount of searching by at least half, since it's not going to be in the water. 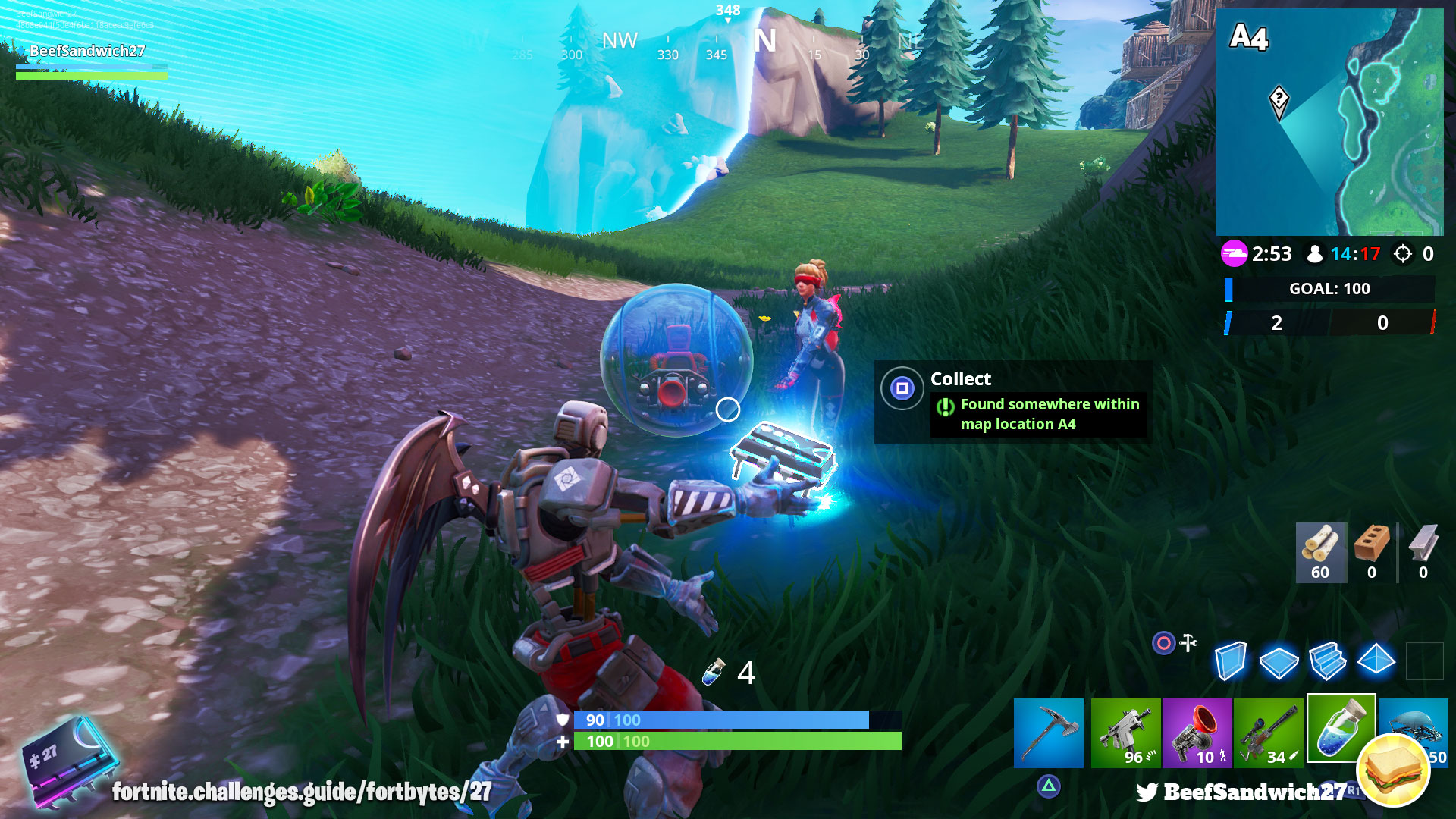 I went in and found the Fortbyte three different times just to test how it worked. It looks like it's mostly going to be outside, rather than in the house. One time it was right near the coastline, high up overlooking the water. Another time it was in the little valley shown here. I'm not sure if it could show up on the land way down near the water, but it seems like a possibility.

One thing I realized is that there are a few random Ballers nearby. After you jump out of the bus, land directly to the East near the Sky Platform. It's surrounded by several Wind Turbines. Sometimes Wind Turbines have Ballers, which will definitely make the search for this lost Fortbyte much quicker. 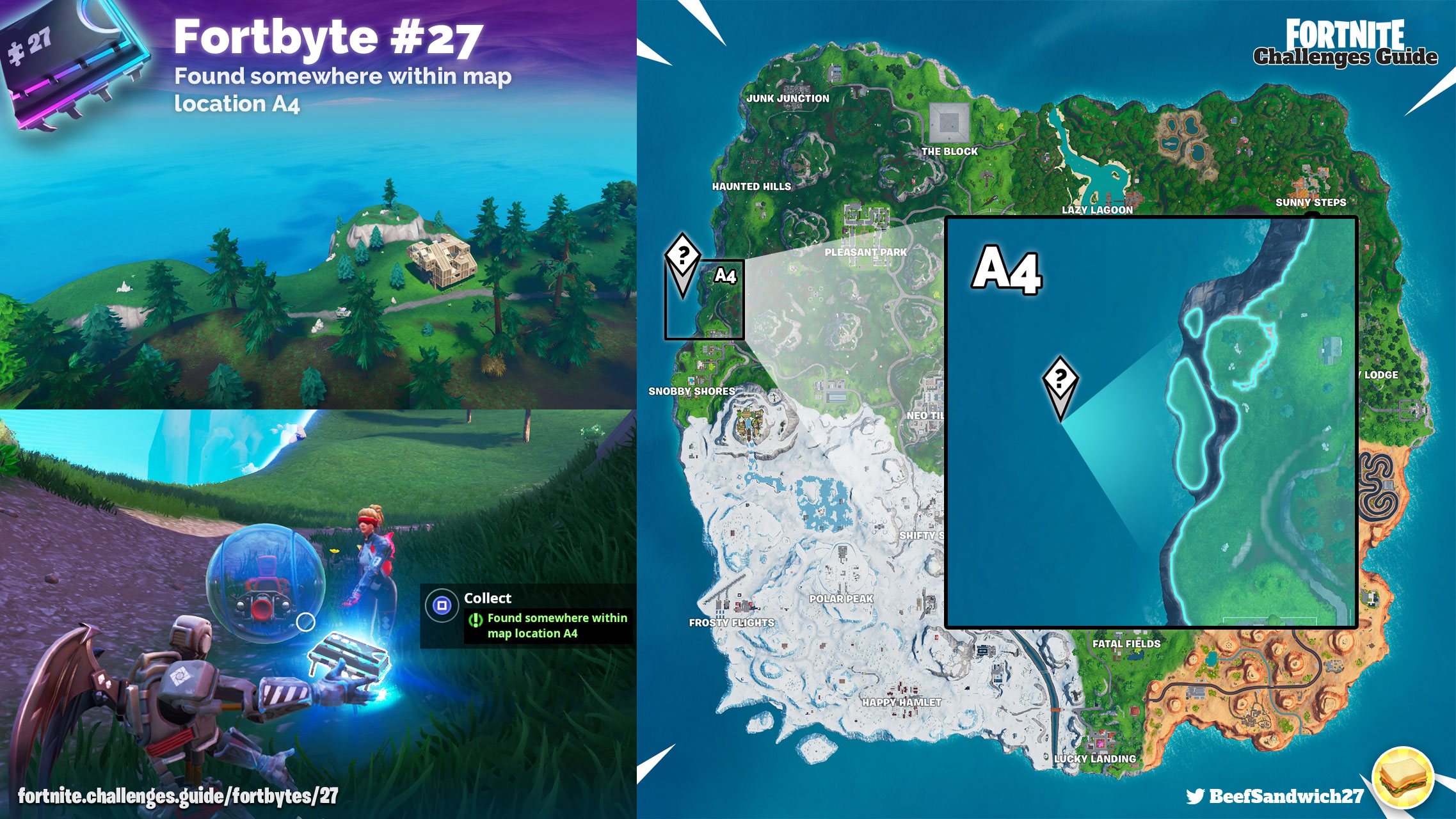